This company's business is the business of farming based on cattle breeding ducks, layer ducks and freshwater fish such as tilapia, tongsan, rohu and catfish.

Duck rearing activity and freshwater fish are in large quantities but also the market not only in the domestic market alone but also to other countries such as Singapore.

The company has eight poultry farms located in the district of Kampar and Tapah, Perak, and it operates full time. There are nearly 80 employees of which 30 of them are locals and the rest are foreign workers.

Duck eggs, salted eggs, poultry meat and freshwater fish are the products of this company's production. 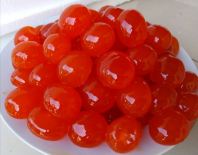